“Electric motorcycles and high tech wearables – this is lifestyle”

It’s a story that began in 1903, when aristocrat Marquis Ricardo Soriano Scholtz von Hermensdorff II invented a racing engine far ahead of its time. Throttle forward a century, and that pioneering spirit continued through the bloodline to Economist Marco Antonio Soriano IV, who is rebooting the Soriano family legacy in Italy with an all-electric motorcycle and a game changing global business model.

Monaco Life caught up with Marco Antonio after he spoke at this year’s Energy Boat Challenge at the Yacht Club of Monaco.

Monaco Life: Can you tell us about where it all began for the Soriano family?

Marco Antonio Soriano IV: In the early 1900s, the Sorianos started manufacturing the first racing cars in France, piloted by the British race car driver Jean Graff in competitions like Le Mans. Then in the mid-30s we decided to move to Spain where we became the first manufacturer of motorcycles.

Soriano motorcycles pioneered the whole industry. We even created a line of scooters towards the end of the 50s. Engines were the primary focus of the family business, then it started merging into hospitality.

Where is the family, the company and yourself positioned today?

The Soriano family was everyone – my great grandfather and all his siblings – and I am the fourth generation of the family office. What tends to happen is, when there is second and third generation wealth, family members live the life of a rock star but they don’t want to work or bring any value to the family business. So, I became the black sheep and started cutting people out who were draining what had been built in wealth over time but were not producing. I restructured during the financial crisis in 2009 because we were facing a very hard time, particularly my generation which is 50 family members. This fifth generation now has been narrowed down and structured to what the Soriano family office is today – our brand.

You’re also a specialist in wealth management, which I am sure has contributed to the success of the company and the family office. So, why electric motorcycles?

Having a motors company history, I saw the opportunity to rebirth the family brand with a new vision, the electric vehicle (EV) global platform. Having a narrative allows you to be heard, and then once you are heard you have to create your own legacy. So, we did. In 2019, I started drafting on a napkin the first lines of the kind of motorcycle I would like to create. I took that to a designer and engineers in the US, and then I went to Italy – because Italians have a very keen eye for beauty and design. I am also part Italian myself.

We were the first in the world to build an electric vehicle with shift gears, which allows you to conserve energy and boost performance as you ride the hills of Europe.

We patented the technology and we now have a modular system that we can use in any other vehicle in the world.

When can we see the first prototype?

This November at EICMA in Milan, the world’s largest motorcycle trade show, we will present two cruisers, one Enduro model, and possibly a couple of our new EV scooters as well. We presented the specs for the first prototype in November, but they were pandemic times so this will be the real worldwide reveal. We will also present the motorcycles at Art Basel in Miami and at the Fashion Week in Tokyo, Japan this December.

What sets this EV apart from other electric motorcycles that are currently on the market?

A regular rider wants the traditional sound and motion of a motorcycle, so that’s what we have done. You can’t even tell the difference between an ICE combustion engine and the EV, it is the same feeling. We added the component of shifting gears to conserve energy and to add torque, while the ABS braking system that we created also allows you to conserve energy and recharge the battery during that process. Battery options range from 15kWh to 20kWh, both lithium-polymers. The motorbike’s range is 200km, maximum velocity 260km per hour.

The motorcycles can be customised and we are taking pre-orders now at www.sorianomotori.com. They will be built in limited-edition capacity and I will laser sign each one. We can produce about six per day, but we do have a 10,000 units manufacturing capacity per annum. This can be scaled up very quickly, but I am not interested in creating oversupply and a sub market. 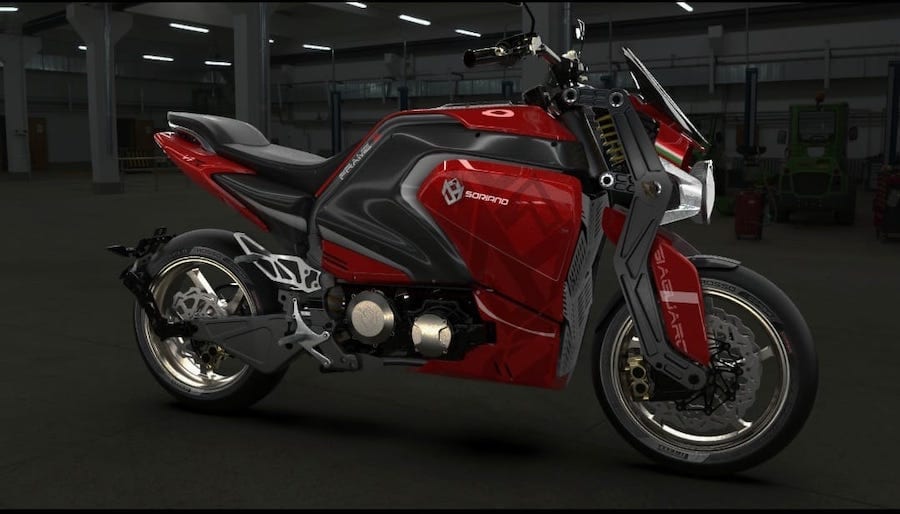 Where are they made and what kind of prices are we talking?

The EVs are made in Italy in two state-of-the-art facilities in Oggiono and Intrubio in the Lecco Province of the majestic Lake Como. Costs range from around €25,500 for the V1R to €32,500 for the V1 Gara. We also accept payment in mainstream cryptocurrencies like Ethereum and Bitcoin.

You also say that you are reinventing the business model of the motorcycle sector. What do you mean by that?

The automobile industry does not have a true lifestyle around it, so we started to create our own kind of fashion and high-tech wearables using recyclables as well as photovoltaic undergarments. In some of our leather bags, for example, we are incorporating recharge capacities with small solar panels that connect to a battery system that can charge cell phones. We will also present these at EICMA Milan, Art Basel Miami, and Fashion Week Tokyo, Japan.

But I am crazy enough to do more. So, I am opening the Soriano Lounge Club in New York City where all members get full access to our factories, so when you buy a product, you can go to the factory to see the birth of your bike and form a real connection with it. It’s like those apps that pregnant women have, that compare the size of their baby to a walnut or avocado. With us, you are buying something that is customised, so you want to see this “baby” grow.

My slogan or tagline is: Where engineering meets fashion.

There is a reason why a Lamborghini and Ferrari are popular by word of mouth, and a Toyota is not. I want to unite that gap between engineering and fashion, between the US and Europe.

I also want to create the Soriano Foundation for the education of children, because they are the future. 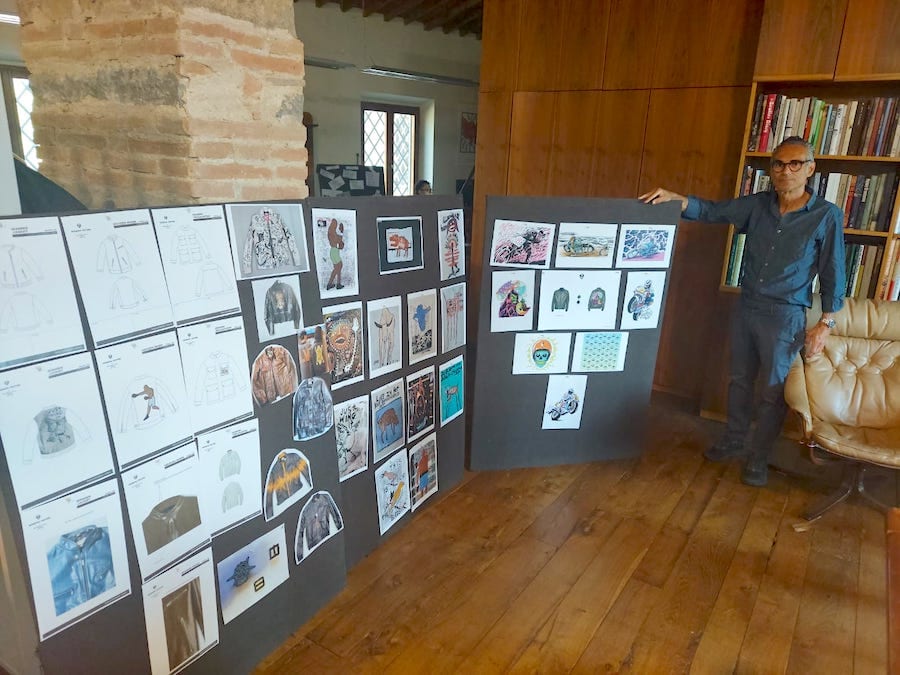 I’m intrigued by these high-tech wearables. Can you tell us more?

Smart wearables are, for example, elbow patches that a rider can put on their jacket that have a sensor that will vibrate when a car is coming through on their left or right, like the sensors that are in cars today. It will help to eliminate blind spots and the need for riders to turn their heads, when maintaining straight vision is critical for safety.

Helmets will also be able to connect to a mobile device, allowing the rider to know what is going on within their periphery, exactly the same way that cars today have 360° satellite vision when parking and driving.

We figured that a Ducati rider is not going to switch to buying a Soriano if it doesn’t have the same features or better. In style and design, you can almost compare us to Ducati, but we are a superior product because of the engineering thought behind it, including its unique international lifestyle.

Is sustainability purely a business motivator for you, or do you feel a moral responsibility to take the company in this direction?

I am one of almost eight billion people in the world, and I am contributing my little grain of salt. I heard a story once: A father and son were walking on the beach when they came across all these star fish that had washed ashore. The child started throwing them back in the sea, and the father said, “What are you doing? There are thousands of them, that’s not going to make a difference”. The kid replied, “It is going to make a difference to the ones I am putting back in the water”.

So that’s my approach. I can’t take full responsibility for what is happening in the world, but I can add my grain of salt.