On Monday, Isabelle Bonnal, Director of National Education, Youth and Sports, accompanied by Marie-Cécile Moreno visited Collège Charles III and the École de la Condamine in order to follow closely the start of the new school year, marked in particular by two highlights.

At the Collège Charles III, a rehearsal took place in a musical atmosphere. The students of all classes had the privilege to benefit from a musical reception. A group of the Academy of Music and Theater Rainier III, composed of three musicians playing guitar, bass and drums, conducted by Ludovic Tallarico, professor at the Academy, performed famous jazz tunes. 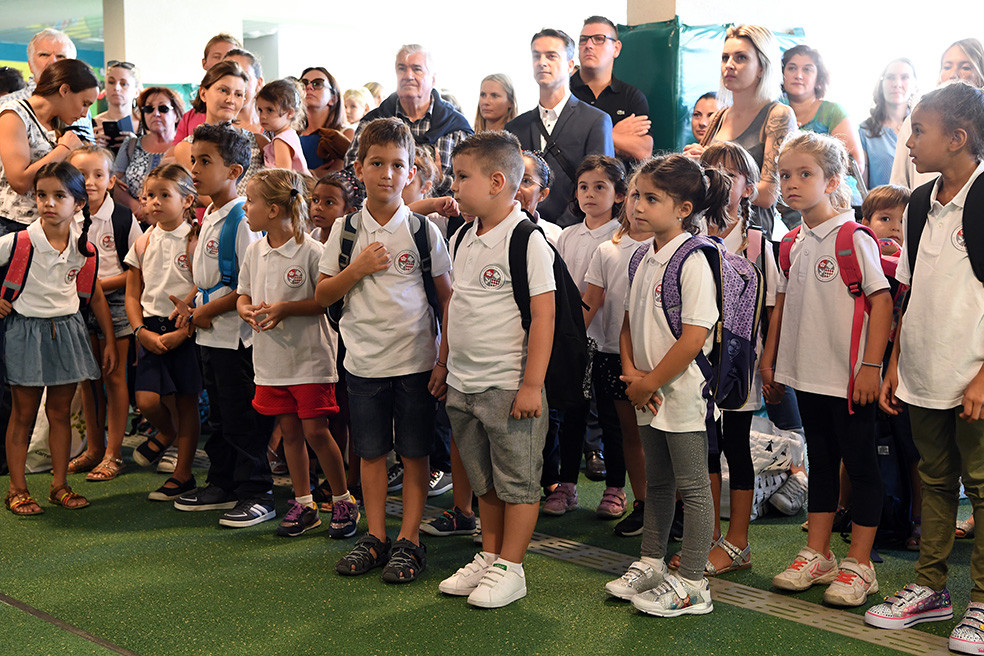 At the École de la Condamine, Mrs Bonnal was able to see the implementation of the dress code for classes CP, CE1 and CE2. In accordance with the request made to the parents, the pupils had all donned a white polo shirt bearing the coat of arms of the school, expressing their belonging to the school of Condamine and highlighting their Monegasque identity.