This year, the Princess Grace Foundation took a bold new direction, bringing in two-time Tony Award-winner Brisa Trinchero as CEO. It marked the end of an era for the New York-based foundation, which had operated under Toby Boshak from more than two decades.

On the 90th anniversary of Princess Grace’s birth, Monaco Life sat down with Ms Trinchero to talk about the exciting new dynamic that she brings to the foundation and how Princess Grace’s legacy lives on through a new generation of exceptional artists.

Monaco Life: Can you tell us about yourself and how you came to be CEO of the Princess Grace Foundation?

Brisa Trinchero: I have spent the past 10 years in Broadway, producing and investing in all kinds of Broadway shows including Hamilton, Moulin Rouge, and Beautiful: the Carole King Musical. I am very fortunate that they have been incredibly successful and I have won two Tony Awards for producing. I also have a business background, but I have always been involved in the arts and entertainment, and now I have the opportunity to give back by working with a foundation that has given away so much money to emerging artists in dance, theatre and film.

I joined the Princess Grace Foundation in April, taking over from a predecessor who had been running it for 23 years, and our board of trustees was really excited to usher in a new era for the foundation. We are at this inflection point generationally of the people who really knew Princess Grace, and new generations who need to be reintroduced to her. What’s really exciting for me is the work that the foundation’s been doing in supporting these emerging artists – it’s been flawless in how they’ve executed the mission of Princess Grace’s legacy. But not enough people know about the amazing work that’s being done.

Princess Grace with her mother Margaret in the 1950s

What have you achieved so far as CEO?

There have been a number of exciting things to happen in the short period of time since I have been with the foundation. We launched a partnership with the Monte Carlo Television Festival and in June we had a very successful event, SpongeBob SquarePants Family Day, which Prince Albert and his children attended. It was an opportunity for us to highlight one of our Princess Grace Foundation Award winners, Steven Hillenburg, who created SpongeBob. Princess Grace was also one of the founders of the television festival, and her foundation’s grant literally supported Steven early in his career. So his work coming back to Monaco and being celebrated represented the full circle of this legacy.

One of the other things I am working on is building our community and expanding our base. We were fortunate to receive a brand new million dollar gift from John Gore, a theatre producer who is passionate about our mission. This really continues the momentum that we have and signals a new and refreshed energy of the foundation. 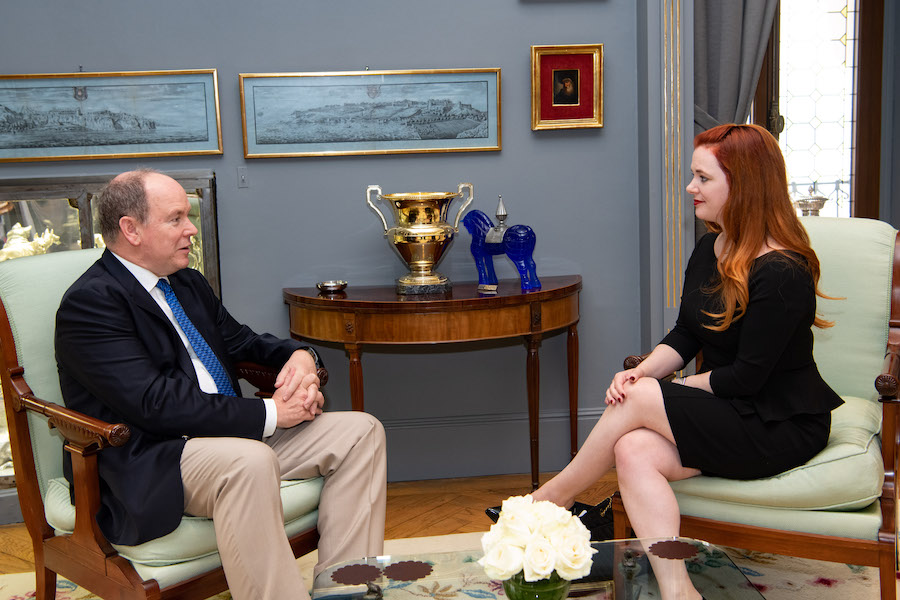 Will we be seeing more of the Princess Grace Foundation-USA in Monaco?

We have a number of exciting new events that are being created, and three of those will be in Monaco next year. One of the things we are taking very seriously in this new era of the foundation is Princess Grace’s legacy as a cultural bridge between America and Monaco. We are very fortunate that so many of our award winners are now some of the biggest stars and creatives in Hollywood, Broadway and in the dance world. So, as we look at events in Monaco, we are able to bring some of our very successful award winners here to showcase the amazing work they are doing, thanks to this foundation.

Your main event, the Prince Grace Awards Gala, is coming up in just a few weeks time…

Yes, on Monday 25th November we have our annual gala in New York (read Monaco Life for reports from our Fashion & Lifestyle Contributor Isabella Marino who will be at the gala). We are very grateful to have Rod and Karen Gancas from Monaco as our hosts for the evening and Prince Albert will be there of course. A highlight will be the presentation of the Prince Rainier III Award to award-winning actress and Broadway legend Bernadette Peters for her exceptional artistry and philanthropy.

For people who don’t know a lot about the Princess Grace Foundation, can you explain how instrumental it has been in launching the careers of young artists?

The Princess Grace Foundation-USA is dedicated to elevating extraordinary emerging artists in theatre, dance and film in the form of grants, scholarships and fellowships. Each year, the foundation convenes a panel of experts in theatre, dance and film and they review nominees sent by the top training programs in each of those fields. The nominees are very young; we are funding at the emerging stage, so for many of them this is the first major grant that they have won. In addition to the financial support, they also receive validation that they are on the right track. The award is incredibly prestigious and the Princess Grace name really means something to them.

Also, this foundation is unique in that once you have received a Princess Grace Award, you can come back year after year for continued funding, which is incredibly important. We are proud of that because it is really showing a commitment to these talented artists over the course of their careers.

Some of our award recipients are Jon Chu who directed Crazy Rich Asians, Cary Fukunaga who is directing the new James Bond movie, Tyler Peck – the star of New York City Ballet, famous playwright Tony Kushner, and actor Lesley Odom Junior who was the star of Hamilton… these are names who have really changed the American cultural landscape. And frankly, having this ongoing support early in their career allows them to take risks they might not otherwise be able to take. 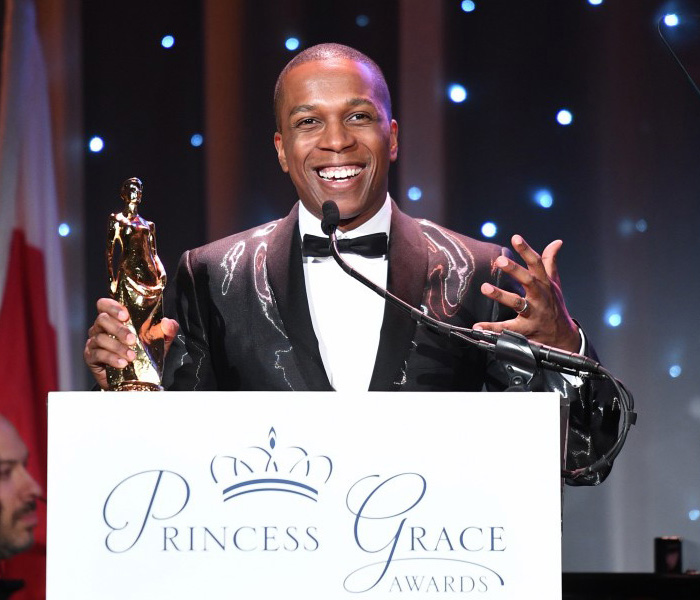 She was such an extraordinary woman. What she was able to accomplish at every point of her career, from making an unpopular move in her family by pursuing Hollywood, winning an Oscar and having a successful film career, to coming to Monaco and becoming a princess which was exciting but challenging, and as I understand it really shaping the cultural landscape here by bringing so much art, culture and Hollywood glamour. It is really incredible to see just one person who has had that level of influence. And then throughout her life she was giving back to these emerging artists in America. 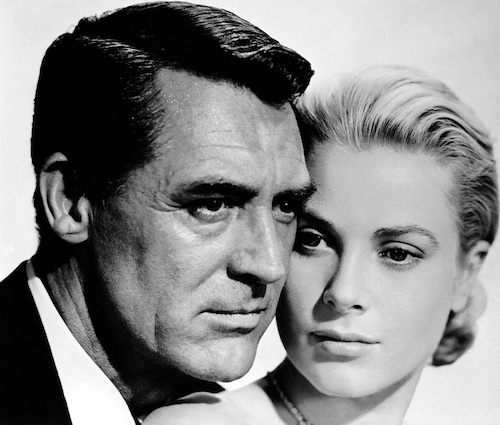 As I understand the story, just after the funeral her friends gathered together – Cary Grant, Frank Sinatra, Gregory Peck – with Prince Rainier III and thought the best way to honour her legacy was to continue what she had been doing quietly already. They created the foundation because they knew it is what she would have wanted, and now her legacy lives on in the arts world, something she was so passionate about, and her legacy literally lives on in these artists and the work they are creating.

How can the people of Monaco become more involved in the foundation?

We have a wonderful community here in Monaco and we are very excited about expanding that, particularly with people who have a passion for theatre, dance and film. I am here every other month and would love to meet people who would like to join our community. We have a fantastic team, board and staff, and I feel very honoured and fortunate that I get to spend my days carrying on such an incredible legacy. We would also like to express our gratitude to Prince Albert for how dedicated he has been in carrying on his mother’s legacy. It is really special and something that is very close to his heart.

To find out more about the Princess Grace Foundation-USA visit their website: https://pgfusa.org